Christianity Knowledge Base
Start a Wiki 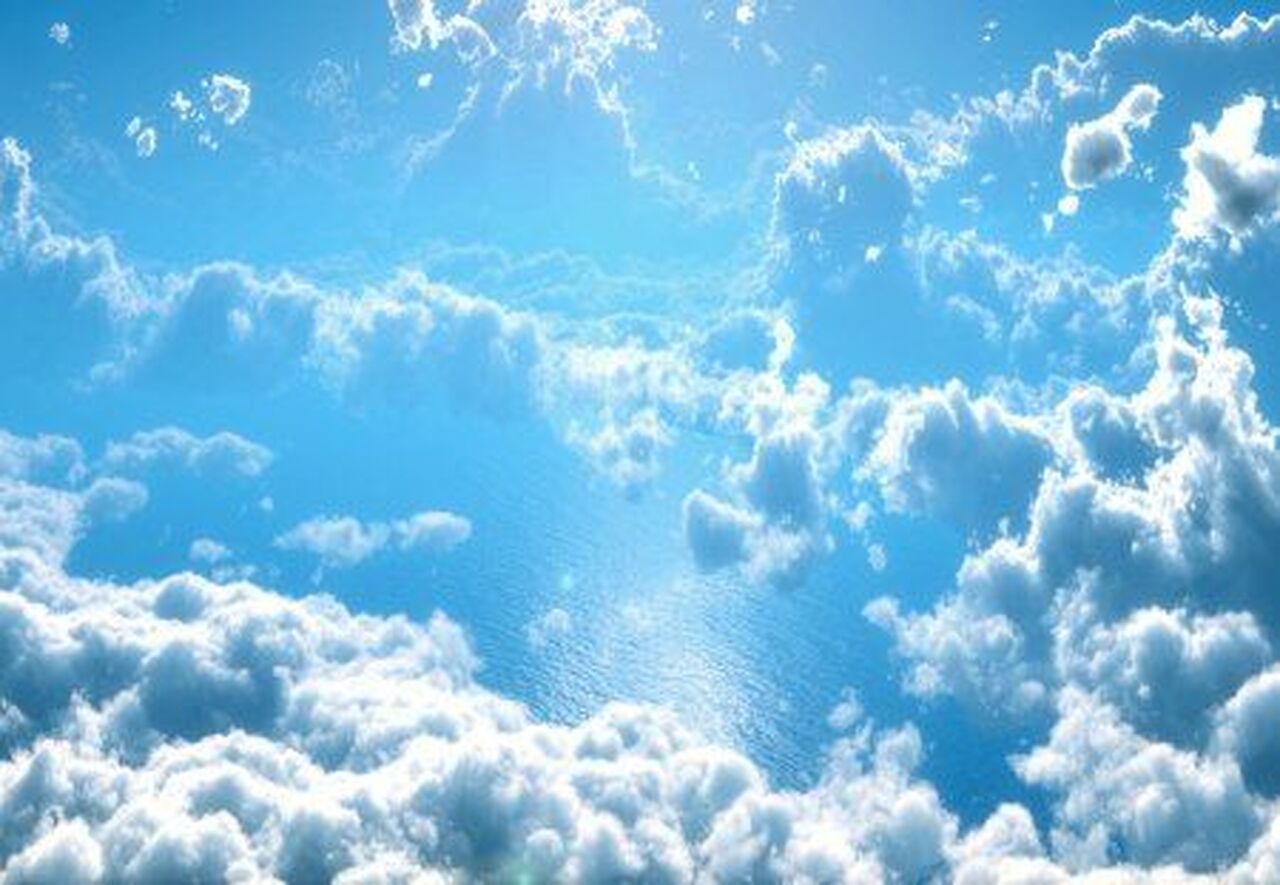 What's on your mind?

If you were playing volleyball with God would he help you win no matter the team or would he be so good you would lose??? This has been on my mind for a while please help

A few weeks ago I was on Youtube, i came across a comment in a video explaining about Christianity. The commenter said "If God loved us, then why did he make us go though war, disasters, and murder, just because of 2 humans?"

As a Mormon, I live in a very Mormon household. So every Easter and Thanksgiving, we have to watch confrence, which is where the Elders of our church make speeches. One of the elders made a speech about unfairness. And he went through the same question as i did, "If God loved us then why did he make us go through this stuff?".

Well, Unfairness comes through everyday life, sometimes people, and even the most generous and kind person, doesn't always get what they deserved. We went through studies of school and studied very hard, but still didn't get the job we wanted, Or when you have a marriage to raise a family, but you end up in divorce. Sometimes when we work our hardest to get there, we sometimes don't get it. Life isn't very fair.

Things like these can be very similar to the story of "Joseph". In that story, Joseph is in very good hands, a very smart person, his life living with his family was good, right until his brothers sold him to slavery. After that, Joseph went through many things during his slavery, such as being imprisoned for 20 years exactly. Joseph thought he was far away from God.

Now if Joseph was such a great person to God, and totally someone who deserved praise, then why would he go through all of this stuff, and if God controls this earth, how could he let it happen?

God was watching over Joseph, even when he was imprisoned; and he watches over us even in the most hardest and sorrow times. Even when we think life isn't fair, God understands that. Sometimes, Maybe you have to go through struggling and unfairness first, even to the most righteous person go through these things. We sometimes have to go through hard things to see what great blessings God can give to us after.

Sometimes i forget to say my prayers like in the morning or when i go to sleep, or when i am going to eat, is that a sin?

yes
no
I'm not religious

If being a furry something sinful?

I am a CHRISTAN, I have been baptized like a week or two ago. (May 1) I am female, I LOVE to draw. I hope I can have a nice time here!

Dear Lord, good morning. How are you doing? I hope you are in good moods. We in this community would like to thank you first for giving us many chances to get our lives straight so be closer to the Son of God. We would like to thank you for allowing us to live this wonderful life that you and only you have made possible for us. We would like to thank you for taking our place on the cross because we have all sinned and came short of the glory of God. Lord, we have a request today. Please forgive us Lord Jesus. Our clothes are stained in sin in need of heavy cleaning. Lord, we ask you here today to come into the hearts of the readers and writers to make them pure in your eyes Lord. Lord our God, you are the truth and light. Please have mercy on us, because we can’t stand to feel your boiling wrath upon us. Lord, today we ask that you forgive us, get rid of all the evil that may lurk in our hearts, and cleanse us to become holy in your eyes. Thank you so much Lord. Amen 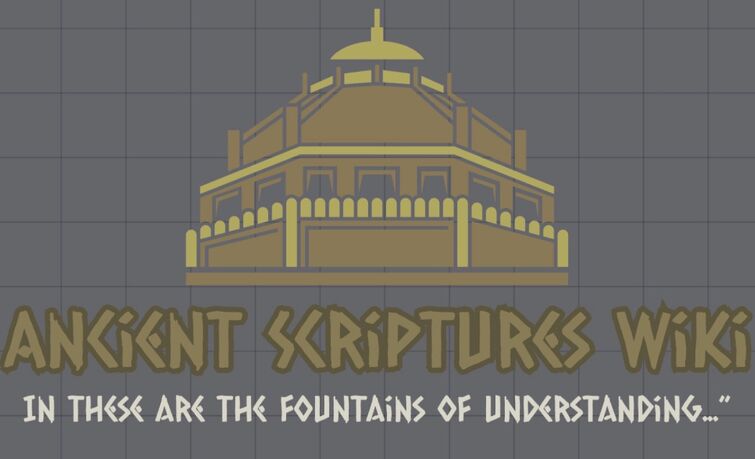 As one can tell, my name is Carnotaur, and I found this Wiki, which spurred me to make this post. I see this place is mostly dead, sad to say, but I wanted to see if anyone left here would be interested in another Wiki.

I founded it back a few months ago, and I dubbed it The Ancient Scriptures Wiki. The sole purpose is for the documentation of all Biblical writings (Genesis, Job, Matthew, Hebrews) Not just info on them, like this Wiki’s job is, but mainly the content. Aside from this, there is the Apocrypha, Pseudepigrapha, and other ancient fragments (Tobit, Maccabees, Dead Sea Scrolls, The Oxyrhynchus Gospels) as well. I personally find great importance including these other works, because many of them were used by prolific Biblical figures in the past as scripture, whether we use them today.

I don’t want any Gnostic or Heretical material, I forbid that. I have tried my best to distinguish Orthodox material from the majority of fraudulent works, and they’re all separated from the Protestant Canon.

There have been attempts at this project type, but some are lacking the main Bible, some Apocrypha, and also include other fake material. So far, we are nearly at 100 pages, all the Old Testament was just finished just two days ago! We have some staff helping, but that’s it.

But, I intend to have this place to also be a Community, where we can discuss, debate, examine, and just enjoy everyone’s company. All are welcome. Is anyone interested in joining our Community? We’d love to have you, and God bless!

P.S. Don’t mind the current background, I’ll be looking for something else. It’s fitting, but a bit edgy(?)

It's called "christian knowledge" not "christian people wiki" so every person trying to harass here, read the title first

I am trying my best to not hate you, i do not hate you because of your own beliefs, but i'm just saying that disrespecting people because of their religion and threatening to kill someone is NOT okay at all. Please do not do that, we do not accept that type of nasty behavior in fandom. Please try to act up or I will report you to staff. Please don't think I hate you for pointing this out to you, i'm just trying to do the right thing

I am not a christian person, i am mormon (kind of the same but no) but i believe that all religions are equal. I realized a bunch of christians are being bullied because you hate the religion, but that doesn't mean you have to be mean. Because it's not nice to offend other people's religion. Don't treat people differently because what they believe in. That goes for every other religion too, there are no "superior" religions or "bad" religions. It's just what they believe, it's like being racist, but with religions. All i'm saying, is that you should treat people equally no matter what religion or race. Okay?

Babies where killed and woman were raped Isaiah 13:9–16 NIV

God destroys the fetuses of those who do not worship him Hosea 13:4, 9, 16 New International Version

God approves the massacre of a peaceful people so one of his tribes could have a place to live. Judges 18:1–28 NIV

God threatens rape, then takes credit for it. Jeremiah 13:15–26 NRSV

God wants you to be happy to dash babies against the rocks. Psalm 137:8–9 NRSV

...or my mom, or any family members for that matter. I was orphaned as a child...

My sister almost knows all of the articles of faith, and whoever memorizes them all gets 1000 dollars to buy anything, please I need help memorizing.

Help us grow Christianity Knowledge Base